Taos Bakes started because our co-founders, Brooks and Kyle, were sick of holding their noses and swallowing cardboard-like energy bars while ski bumming in New Mexico after college. They believed even something as simple as a bar could fuel you up, and bring you a moment of joy. With nothing to lose, they went all in.

They dreamt up their first flavor at a community kitchen in the small town of Taos in 2010, and based it on an old family dessert Brooks used to eat: “The Scotcharoo.” It took months to create a recipe that maintained the same great taste, yet was built with healthier ingredients. When they finally landed on that balance, Chocolate Butterscotch, and Taos Bakes were born.

From there, it took Kyle and Brooks years to perfect the recipes for the rest of our five unique flavor profiles. They both agreed to never use a base formula (unlike other companies), but instead took the time to ensure each bar had its own personality and knock-your-socks off taste. And while ski bumming was part of the origin story, they quickly realized that our bars are for people like you. Folks that need healthy snacks for their kids or just to get through the Thursday slump.

In those early days, Kyle and Brooks made all the bars themselves and sold them to local shops out of beat up red Coleman coolers. But as word caught on, the duo was able to slowly hire employees and move into their own kitchen. Around this time, they decided to make New Mexico the permanent home of Taos Bakes. A state like no other, they felt like the independent spirit of New Mexico gave them freedom to create snacks that refused to play by the rules.

Today, Taos Bakes are sold in all 50 states, and we’ve moved into a 100% solar-powered kitchen in Questa, New Mexico—an old mining town nestled between the Rio Grande and Carson National Forest. We have over 20 employees, and we’re proudly committed to smart economic development by creating jobs that provide long-term stability and the chance to move up. 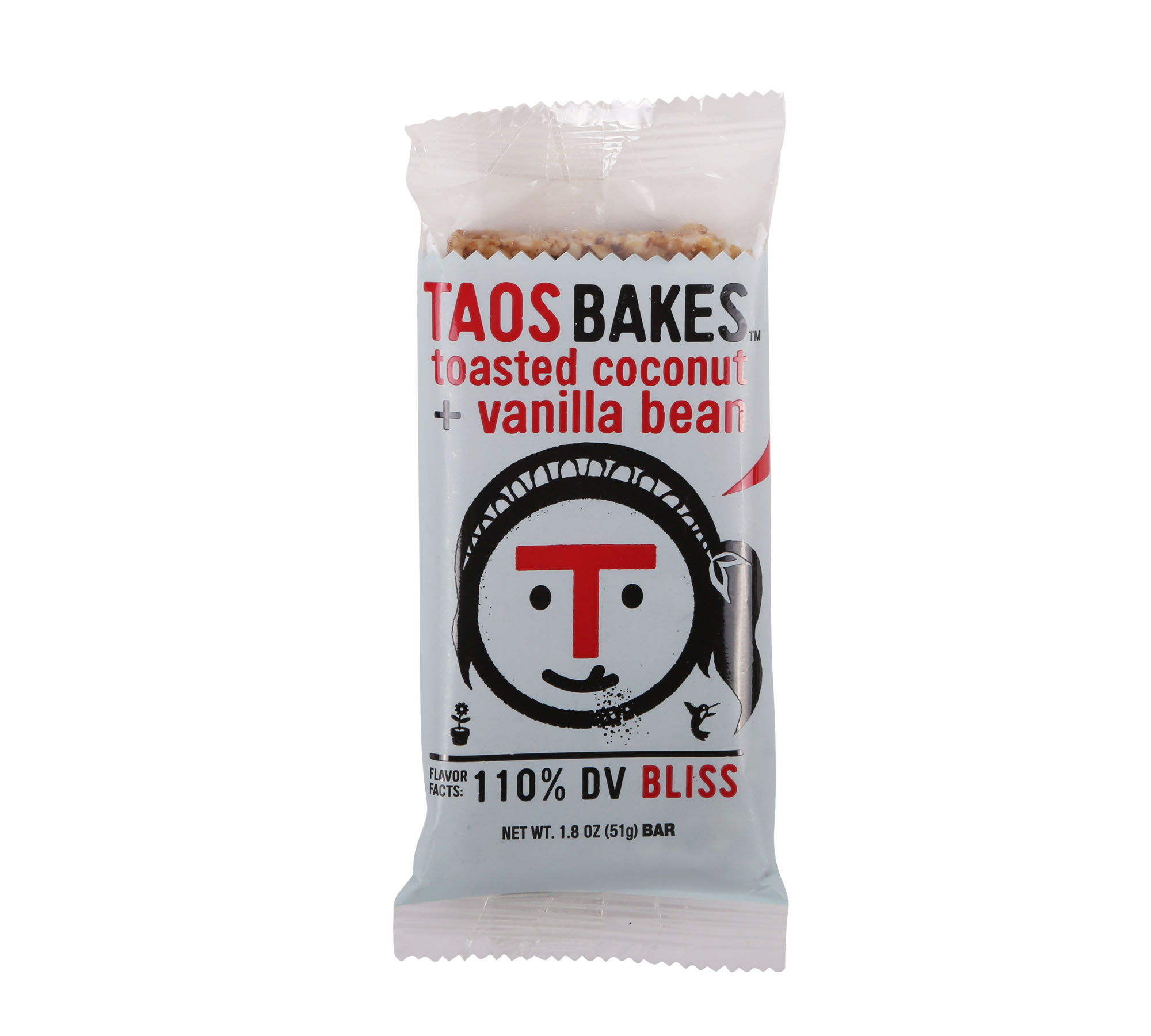