Like so many artisan food companies, Sfoglini was founded in Brooklyn in 2012. Since its founding, Sfoglini has been operated by Steve Gonzalez and Scott Ketchum: a chef and a creative director, respectively, each with a serious passion for pasta.

Steve Gonzalez—overseer of all things food at Sfoglini—was a chef for 14 years prior to launching Sfoglini, spending many of those years making pasta. Gonzalez started his education at Vetri in Philadelphia and Locust Tree in Westchester before furthering his skills in kitchens throughout Western Europe including (the three Michelin star) El Raco de Can Fabes in Sant Celoni, Spain where Gonzalez ran the pasta program. From there, he made pasta throughout Italy, of course: at Frosio in Villa d’ Alme; Sapposenta in Cagliari, Sardegna; and Trattoria Majda in Friuli. Once back stateside, Gonzalez made pasta in the kitchens of Co., Hearth, Robert’s, Frankies Sputino, and Insieme, where Chef Marco Canora tapped him to develop the pasta tasting menus.

Scott Ketchum—overseer of all things not food at Sfoglini—worked as a Creative Director and Graphic Designer for 18 years in both New York and San Francisco, with a focus on brand development, web design and sustainable packaging and design. Ketchum studied brewing and management at the Siebel Institute in Chicago and then traveled to Italy, France, and Belgium to deepen his understanding of local food and beverage cultures and how they could intersect with design and business.

In 2018, Gonzalez and Ketchum sailed Sfoglini operations up the river to Coxsackie, New York, a Hudson Valley town of just over 8,000 people, where 100% of Sfoglini pasta is now dreamt up, made, and boxed.

Available in the these Kits & through Supply: 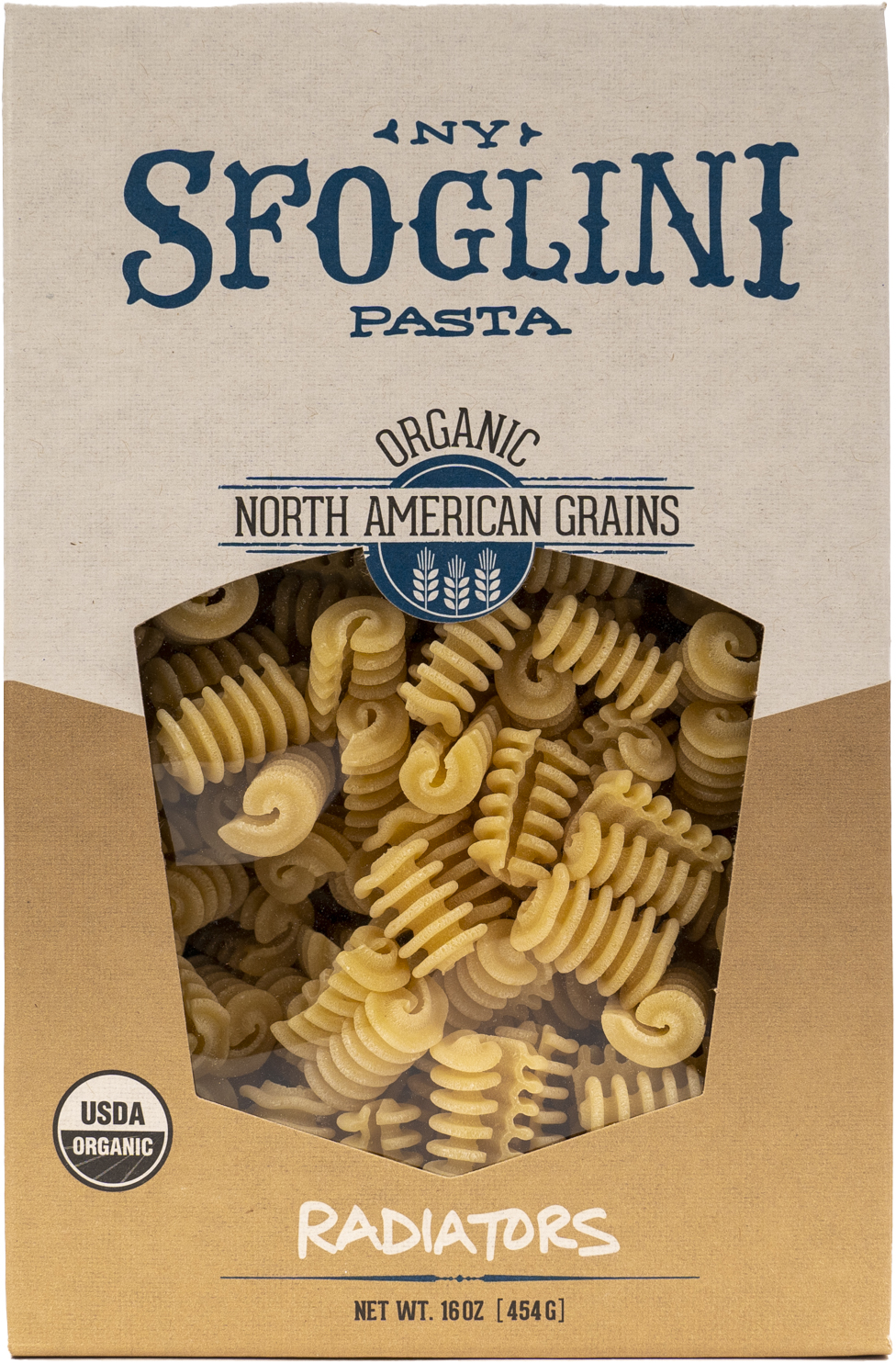