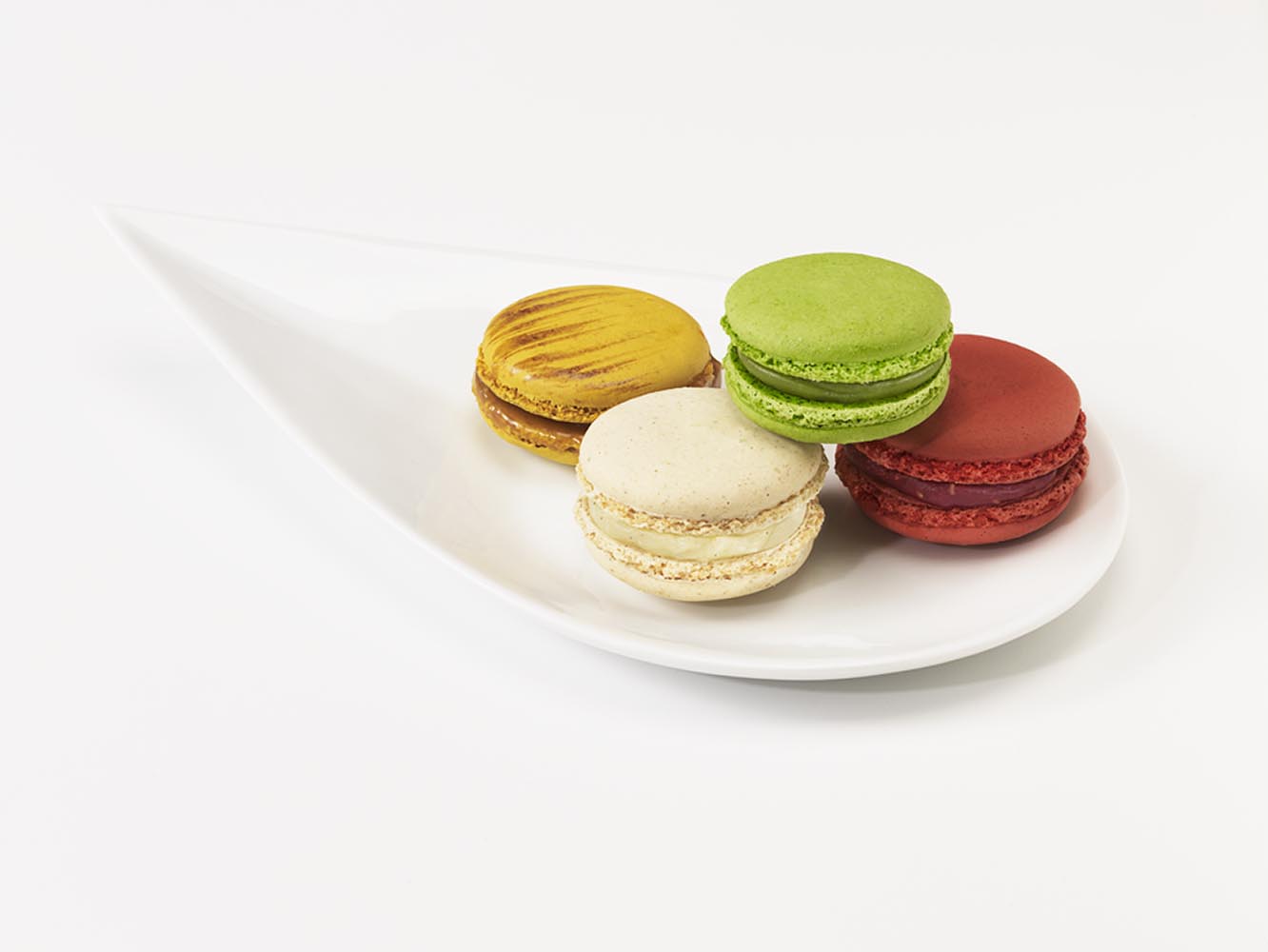 Paulette lived most of her life in Paris, France. She began her career working in the garment industry, where she also met her husband, Gerard. In 1995, Paulette innovated France’s first rolling backpack. Her line, Kiroulette, was sold in one of France’s most popular department stores, Le Bon Marché and instantly became a top-selling hit among students countrywide.
After working in fashion, Paulette and her husband felt that it was time to start fresh, somewhere unfamiliar. In 2005, Paulette and her family moved to Los Angeles, CA in hopes of building something new, but keeping France as close to their hearts as possible. They decided to start their own French bakery, but wanted a different kind of bakery – one that would only be dedicated to macarons, a delicate delicious pastry popular on the streets of Paris.

“When I was a little girl, I would always run to a little patisserie shop near my home and I would try a new flavor
every single day. I never got sick of them,” said Paulette. “I love macarons…they’re my favorite kind of pastry and
they are France’s specialty.”

Paulette and her husband flew back to Paris to introduce their concept to world-renowned French pastry chef Christophe Michalak. Intrigued by the couple’s vision, he collaborated with them on creating their own, special recipe.

Paulette’s food philosophy is simple: You should be able to tell what it is you’re tasting. “If you close your eyes, you shouldn’t ask yourself what it is you’re tasting, or what exactly is in there,” explained Koumetz. In France, flavors are stronger and more evident. “That’s how the macarons are. When you have a raspberry macaron in your mouth, when you taste it, when you eat it, you can close your eyes and tell yourself, I am eating raspberries. When you’re having a lemon macaron, you know there’s lemon in it. I think that my macarons have a better and stronger taste. That’s what makes my macarons different.”
The first ‘Lette Macarons shop opened in Beverly Hills in 2007. This bakery was the first macaron-only shop to open in Los Angeles, and that is what sets ‘lette apart from other patisseries. Currently there are locations in Beverly Hills, Pasadena, Little Tokyo, Larchmont Village and Fashion Island in Newport Beach. Paulette will be adding two more locations to her list by the end of this year – Glendale and San Diego. With soon-to-be seven shops over the course of just six years, Paulette is making her strong French mark on our American hearts.

Sorry, no posts matched your criteria.