After spending over a decade in NYC real estate marketing, Legally Addictive founder Laura Shafferman was suddenly laid off and bound by a non-compete clause that prohibited her from working with other firms. (Yes, you can get laid off and also held to such things!) Laura had lost her usual means to earn a living for a full year and was determined to take control over her future and not wait for that non-compete clause to expire. Fatefully, after making a batch of her favorite childhood cookies for a party, a friend suggested she come sell her amazing “cracker cookies” at a holiday market. After selling out in only a few hours, she knew they were a hit and a new business was born! She spent the next year learning the food business at night and during the day, worked as an in-house caterer. Eleven months later, a few stores in New York City agreed to carry Legally Addictive, including the flagship location of Dylan’s Candy Bar. At the time, Laura was making the cookies in the off-hours of a bakery in Brooklyn, often until well past midnight, and then delivering them around town on the subway and on foot. Fast forward a few years later and Legally Addictive has now built their own production kitchen in Brooklyn, has a full-time baking staff and is carried in over 400 retailers and hotels in North America. 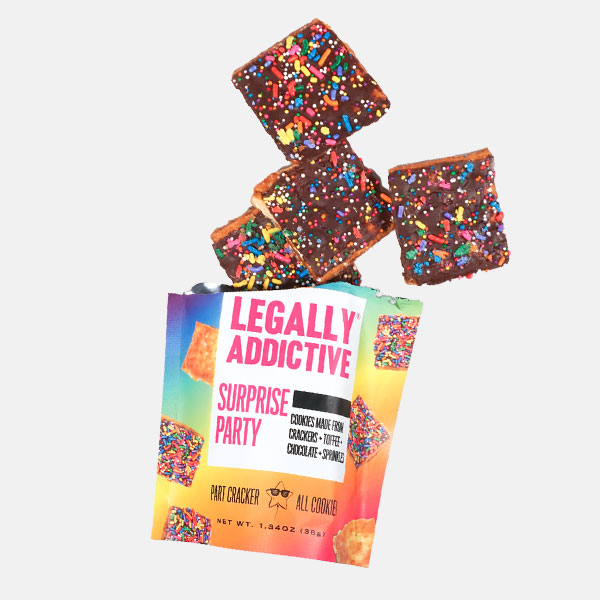