Once upon a time, Marc “Coop” Cooper was an Electrical Engineer and Hospital Administrator who decided to learn how to make super-premium ice cream. Marc then went on to own and operate two popular retail ice cream shops and produce high quality, super-premium frozen desserts for restaurants, caterers, and other ice cream shops for 25 years—winning Best of Boston twelve times. In Spring 2009, Coop set out to create his own brand of handmade ice cream and products, and COOP’s MicroCreamery® was born. COOP’s has since developed recipes and techniques using the latest ingredient innovations along with the promise of no artificial ingredients of any kind. Wanting to keep his staff busy in the off-season, Marc started playing around with a hot fudge recipe. The resulting concoction became so popular that in 2011, the hot fudge production split off from the ice cream to become its own business. A vegan edition was developed as well. And after fans’ repeated requests for a caramel companion to the hot fudge, COOP’s teamed up with McCrea’s Candies from Boston to create COOP’s Salted Caramel. 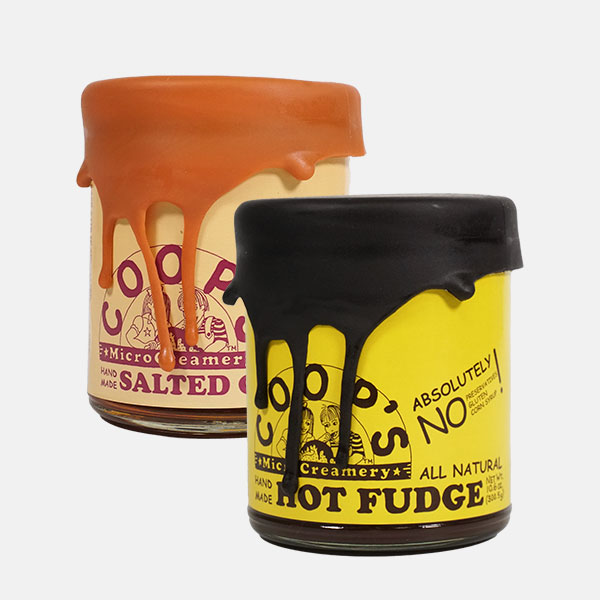